Sir Edmond Gin is produced at the distillery of Herman Jansen, based in the Dutch city of Schiedam (the Netherlands). It was founded in 2016 and is the world’s first Bourbon vanilla infused gin.

Sourced from the tropical island of Réunion, Bourbon vanilla is the key ingredient of Sir Edmond – and it’s this ingredient that makes it a truly unique, one of a kind gin!

The name of the gin comes from a man named Mr Edmond Albius, who in 1841 revolutionized the cultivation of vanilla. At the young age of 12, he invented a technique for pollinating vanilla orchids by hand, and it required nothing more than a blade of grass and a quick flick of his thumb. His simple, yet sophisticated technique made it possible to pollinate vanilla orchids quickly and profitably – and the technique is still being used to this very day! Vanilla is the second most expensive spice in the world. It can take up to four years for a vanilla orchid to produce beans, with the whole process requiring extreme care and hand-pollination in order for the plant to fruit successfully.

Sir Edmond Gin is created using Bourbon vanilla as its main ingredient alongside five other botanicals including juniper, angelica root, cardamom, ginger and cinnamon. These five botanicals are carefully distilled in two different pot stills, with the residue being collected in reservoir 1 and 2. Then, the star ingredient, Bourbon vanilla, comes into play. After being cut into small pieces by hand, the vanilla is infused in a third reservoir for around 6 to 8 weeks – thus allowing an optimal release of flavour from within. The residue from reservoirs 1 and 2, with the extract of reservoir 3 is then blended together and placed in a resting tank for one week to achieve perfect harmony. Palate:
Full-bodied with a velvety texture. Initial notes of vanilla and cardamom, moving into earthy, prominent notes of juniper with a hint of ginger

Finish:
Long and dry, with just the right amount of sweetness

We recommend serving Sir Edmond Gin with a garnish of fresh strawberry slices and a sprig of mint. It also lends itself ideally to be mixed with a wide range of garnishes including Orange & Cinnamon, Ginger & Lemon, Thyme, and Grapefruit- to name just a few!

Sir Edmond Gin is a wonderfully smooth gin with Bourbon vanilla at its forefront. As expected in a premium gin, it has a nice kick of juniper alongside a full-bodied flavour that is very easy to sip. It tastes delicious both served neat over ice or in a Gin & Tonic, and the versatility of Bourbon vanilla opens it up to endless serving possibilities – a truly unique and special gin! 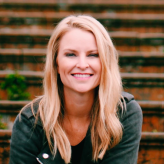 5 of The Best Christmas Gin Cocktails